SPRING TRAINING: Taking The Steam Out Of TEEN SEX

Of course we don’t want our teenagers to “do it,” but when puberty hits, it’s on. The train is on the track. Hormones start raging and there is no stopping them. Crush number one begins with a shy smile on the way to their locker. Crush two hits with a whiff of the quarterback’s sweat after a football game. The giggles. The flutters. Our girls can’t stop thinking about the boys…and our boys can’t wait to feel up those girls. We can pretend it isn’t happening and ignore it, or we can confront it head on. Because once the innocent crushes turn into actual dates, and the inevitable first love, how far to go and when to stop is not written on the ticket to Friday and Saturday nights. The train has left the station.

Remember when you were a teenager? Kissing sessions lasted hours and took place anywhere and everywhere. Park bench mashing was interrupted by the occasional passers by just as the bra strap tug-o-war began. Slow dances with hearts beating so loudly you couldn’t hear the music. Rolling around under the lifeguard tower as the sand crunched underneath your half-naked body. A little fondle here, a little poke there, a little more skin, a little more heat. The quest continued in backseats of cars on lookout point where the breathless words of “not yet” mixed with  “I love you” and “come on” got a little jumbled up as every part of your body ached to give in, but a little voice in your head said “no, I’m not ready”…”my parents…something about my parents…what did they say again…oh, I can’t think, he’s such a good kisser?!” The hours on the phone, the handholding, the cuddling, the whispering, the kissing and caressing that never grew tiresome. Hormones going full steam ahead.

Today, we are parenting kids on this same ride. God help us. Every generation, every teenager. It is a biological fact of life. We can supress it. We can deny it. We can try to ignore it. But, the reality of the situation is that we need to deal with it head on. This time of firsts, in some ways, in fact, in most ways, is so sweet when it comes to romance and falling in love. The innocent, good feeling, good smelling, good tasting wonder of discovering the physical part of loving and being loved. It’s healthy and it’s normal. But, it used to be that we stretched out this fun and exciting time of courtship for as long as we possibly could. What has changed?

Today’s kids are more promiscuous. They have more sex. They start too early. They have multiple partners and experiment with all sorts of things. The truth is that kids are no different today than they were 50 years ago, biologically speaking, of course. But, parents are parenting differently. Teenagers have always be horny, but parents didn’t allow teenagers to be alone that much. They had to be chaperoned. It was socially unacceptable to be alone with a member of the opposite sex. Today, it is widely acceptable. We pretend that our kids are different somehow. Well, the reality is that we need to make sure our teens have limited time alone with members of the opposite sex. If put in a room alone and left to their own devices, two 15 year olds with a crush are going to end up touching until the activity is thwarted by someone or something. One of them has to put on the brakes or some third party has to interject themselves into the scene. (Sorry, but usually the young man is not the one to exhibit great amounts of self control under such circumstances, but it could happen?!) That means, get them to hang out at home as much as possible. No going upstairs. No doors closed. Interrupt their TV time, homework time, hanging out time often…bring snacks, it offsets their irritation.  Don’t give them access to the house when an adult is not home. Be around. Be omnipresent. When they go out, encourage group activities. Set a strict curfew. Be up when they get home. Remember that nothing good happens after midnight! So, have them home by ten.

We also need to have the “other” talks. Go beyond the abstinence is the best policy conversation. Tell them all of our hopes for their purity and virginity, but warn them about the constant pursuit of the opposite sex, it’s o.k. to burst their bubble a little and tell them that their first love will likely not be their last love, give them every rational reason why they should not have premarital sex. Appeal to your daughter’s emotional fantasy…tell her that she will fall in love a few times, and when she finally does find that perfect guy, he’ll appreciate that she hasn’t slept with the football team. Let her know that his idea of forever really means 6 months. Use fear. Use guilt. Use calm rational discussion. Use whatever means necessary to get them to keep their pants on.

Finally, brace yourself for the fact that, at some point, the train may arrive at the station. We can pretend it won’t ever happen, but that only increases the chances that it will happen on our watch. Ignorance can be bliss, but in this case, ignorance is pretending that a kiss won’t lead to bliss. So, we need to make sure our kids think twice before they ring that bell. We need to tell them, if they cannot keep their pants zipped, then they have to use a condom. No matter what.  If your teenage daughter has a boyfriend, then, brace yourself, get her on the pill.  Yes.  Breathe.  Tell her it’s for acne, if you have to.  It is not giving her permission, it is protecting her.  We need to tell them the consequences of teen sex, so they are so mortified that every time they look at a condom or take their pill – they need to remember who told them to use it and, hopefully, it takes a little steam out of the heat of the moment. Who knows, maybe that final image will derail the engine entirely? Sounds extreme, but the point is that we want them to hesitate. To get their wits about them and make smart decisions.

So, when we find ourselves parenting teenagers in young love, and the blood drains out of our heads, it’s for a reason. We KNOW what being a teenager is like. It is a heart thumping, hormone raging journey. We may have had a hard time exercising self-control during those years ourselves. We remember the temptation. We remember the conflict. But, let’s also remember the adults who kept us in line, knew where we were going, how long we were going to be there and who we were going with…because of them, we went where we said we were going, stayed for as long as we said we would and came home with whom we were supposed to.

We have to help teens stay on the right track when it comes to sex. Abstaining requires a lot of intervention. Their brains are not always connected to other parts of the choo choo.  They’ve got too much steam working against them. It is up to us to help derail the train. We’ve got to engineer the intervention by flipping the the right switches, putting up barriers, giving them tools to pull the emergency brakes and blow 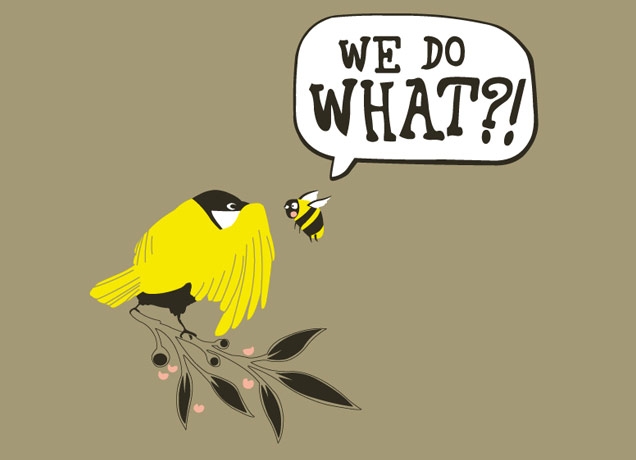